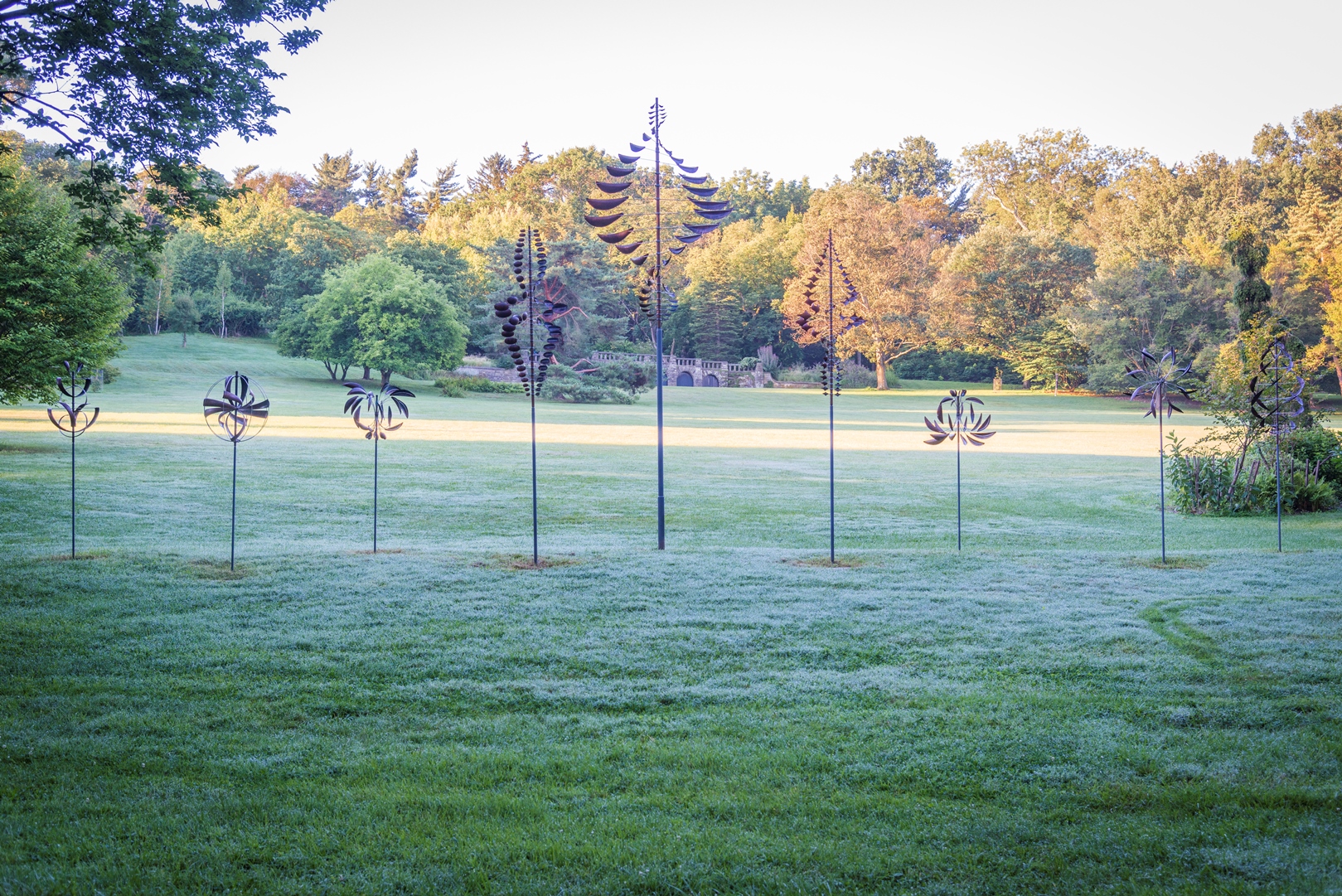 ABOUT THE ARTIST: Lyman Whitaker

Lyman has been a practicing sculptor for over fifty years, with a unique knowledge of materials and their application. The past three decades have primarily been focused on creating Wind Sculptures. Because the Wind Sculptures are innovative and artistic and have a high degree of mechanical integrity, they are well respected for quality craftsmanship.

Lyman graduated with a Bachelor of Fine Arts in Sculpture from the University of Utah. There he studied under Avard Fairbanks and Angelo Carvaglia, learning classical sculpture techniques as well as contemporary design. Lyman resides with his wife Stacy and their youngest of two children in Southwest Utah. He loves the desert’s solitude and the intensity of the climate.

The receptivity to his work has allowed Lyman to create a wonderful studio where he works with Stacy and his brother, John Whitaker. Together they have created a productive network. When Lyman is not working at his studio he enjoys the solitude of nature at his off-grid yurt in a remote desert area. He has a daily practice of yoga and meditation and enjoys spending time with his family, friends, and dog “Roper”.

Lyman’s sculptures–which some people call Wind Spinners–have an organic and mystical theme, as does his current philosophy. Concerned about the sustainability of our culture’s present systems, Lyman’s fondest dream is to have his artwork symbolize a move toward better solutions in our relationship with the environment.

“I care deeply about our ecosystem and the world’s societal impact on it. As an artist, I can express my concern for the survival of our planet through a creative medium. The Wind Sculptures, my current work, offer a comforting release from our fast-paced lives with their calm serenity and playfulness. By organically placing the sculptures in settings dependent on natural elements for movement, the sculptures rise out of the ground to symbolize creative energy, and the kinetic elements, new opportunities. I hope that my kinetic sculptures will generate a sense of interest and delight shared and enjoyed by a broad array of people.” 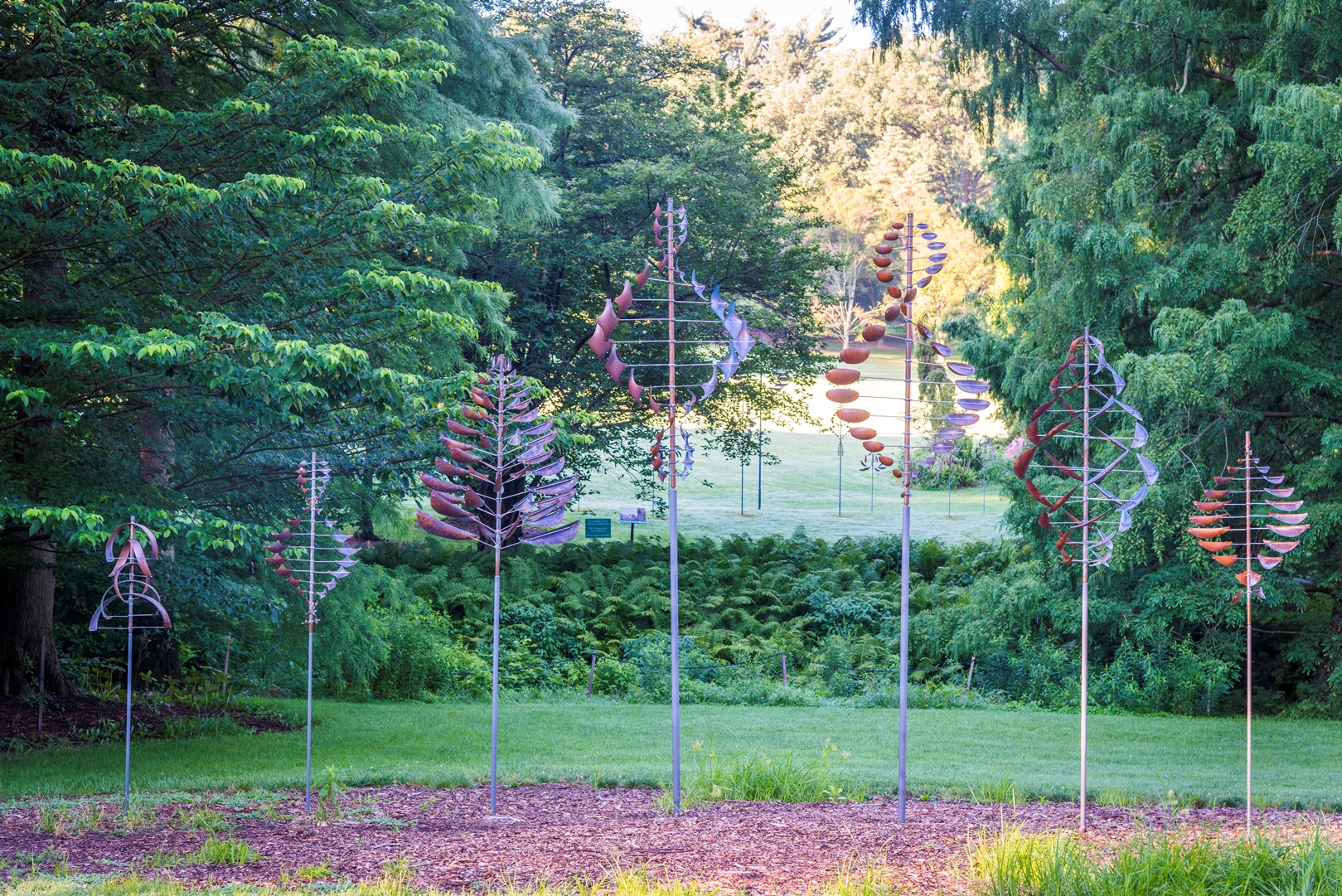 Art and science. What does that mean to you?

Art and science were once together, and I believe they long to be together again. Science grew out of art and they both come from the same part of the brain. That is the creative part, the part that looks ahead to the future to see if it can imagine what has not yet been thought of. They both seek reality in different realms and there is little need for conflict.

Science and art are they complementary or contradictory?

Do you find that science narrows one focus and art opens one’s imagination or vice versa or something totally different tell us why you feel that?

When working in both worlds do you feel that one discipline alters the perception or thinking of the other?

I think that imagination is more prevalent in art, and narrow focus is more dominant in science. I would imagine that a scientist working in art might stimulate his imagination, which would lead him/her to focus on new things in science. On the other hand, an artist working in science would gain the focused discipline to carry out an artistic project.

Are you happy with your exhibit at the Morris Arboretum of Philadelphia?

Very. Paul Dorrell of Leopold Gallery worked quite hard in arranging that, shipping the works here, and overseeing the installation. All I had to do was show up and enjoy the opening, and it’s been fantastic. Are you looking forward to doing exhibits in more botanical gardens? Yes. Many. It’s been a wonderful experience, and I’m sure it always will be. Next year, in 2018, we’ll be installing an even larger exhibit at the Dallas Arboretum. 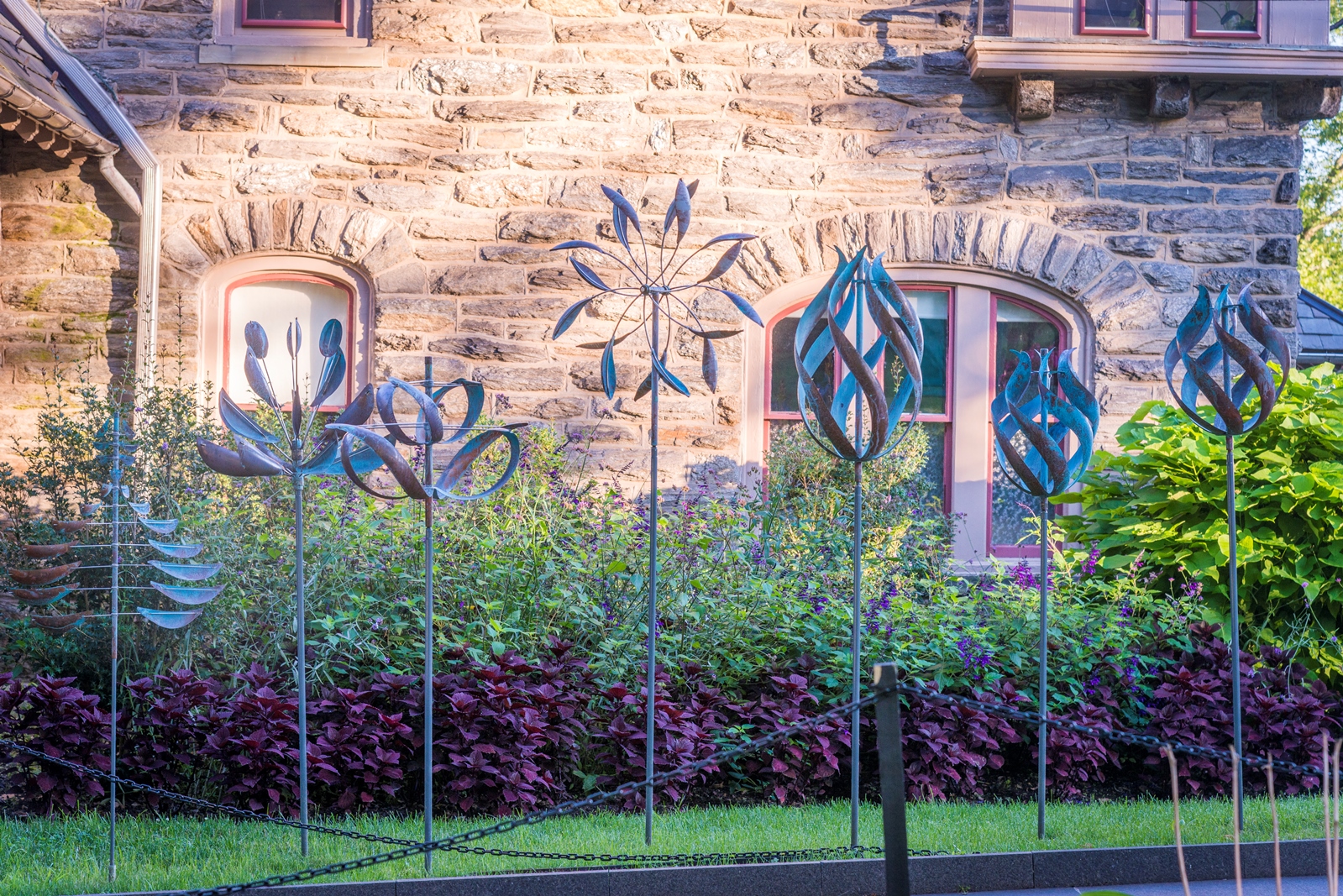 Since 1991. Inspire your world, become a Leopold insider.

Thanks for signing up!

Since 1991. Inspire your world, become a Leopold insider. Sign up for our newsletter today!